I Am Trouble (Original)

"It was the end of April, so typically a bunch of the college kids in the area were getting hammered instead of prepping for their finals. If only the stupid bastards knew..."

BBQ Party is the 1st level of Party Hard. It takes place in a house somewhere near North Beach in the Spring of 2000.

The house has 9 individual rooms: a foyer, the main dance floor, a dining room, two bathrooms, a balcony, a game room, a room of no significant importance, and either a study or meth lab (Depending on the generation of the map). There is also an outside area that goes around the front and sides of the house.

There are two large trees on the left side of the screen. If you activate them, they crash down, breaking the window they next to and killing anyone that it falls on. Also on the left, there is an electric switch next to the lamppost. This trap is automatic and will kill anyone it hits when you activate it.

The make a call for this level is Bodyguard or Pest Control. The Bodyguard will follow you around until a Policeman attempts to arrest you. When this happens the Bodyguard will kill the Policeman and leave the party. His car stays parked out front until his job is done. Pest Control will will enter the house with three guys in hazmat suits and release a gas that kills any party people who stay in (and pests I assume). After about 20 seconds they will leave.

When the level begins, check for the Golf Cart on the bottom left. If it's there ignore the fire burning near your and set the Golf Cart off. After the front of the house has been killed off, you could probably kill off everyone else outside and make your way inside. Kill those who stray off alone into different rooms in the house. Sometimes a Meth Lab is at the top right of the house; it is a good idea to burn it with the gasoline to make it empty. Use your phone call to call Pest Control and empty out the Kitchen will allow you to kill off anyone who enters. If you got the bodyguard instead just dance everyone out. At this point the party should be very much dead so just set of any traps still available to you: poisoning a punch bowl or food, activating speakers, sawing down trees, angering the horse, etc. Dance to make people run away from the main group then kill them when they are out of range, get the DJ last and violà! 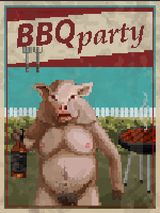 Studio with a Rifle trap and Bike trap Variant
Community content is available under CC-BY-SA unless otherwise noted.
Advertisement